Mastering paintless dent repair takes years of practice on real body panels. Unsurprisingly, body shops aren’t always willing to hand these out to amateurs. While you can use sheet metal there’s no replacement for the real deal. Therefore true drive, talent, and education will always win over.

It Saves Room for the Big Jobs

Body shops have to work in the confines of a bay or warehouse so they’re pretty limited in space. If they need to use that space to fix a minor dent they could potentially lose out on a much bigger sale. Dent repair techs, however, are not restricted by space and can work from anywhere.

PDR is Much Faster and More Affordable

Paintless dent repair is and always will be far faster than conventional repair methods. Because Brandon body shops tend to prefer higher paying jobs they will often use traditional methods on a simple ding. This usually involves sanding, priming, and painting which is resource and labor intensive.

Why Don’t They Already Know it?

Paintless dent repair isn’t easy to learn and it takes even more commitment to master. The steep learning curve involves some training, theory, and the willingness to adapt to a totally different mindset. Much of paintless dent repair revolves around a central feeling rather than an exact science.

Where to Learn it

Many aspiring PDR techs get stunted because they don’t know where to start. But learning PDR is easier now than it has ever been. The best way to start would be through a training course that’s somewhere between 2 and 5 weeks. Anything shorter than 2 weeks isn’t really worth your time or money.

Access to the proper tools is essential to paintless dent repair. You can have all of the patience, skill, and training you want, but without a high quality set of tools you’re setting yourself up for failure. To further exasperate this issue good PDR tools are not cheap. I can’t tell you how many times I’ve seen a Brandon body shop with a dusty old set of starter equipment. Once you’re caught in a hail storm you might as well forget about avoiding the damage. You can prevent future dents with a little bit of preparation but often it’s too late. Sioux Falls Dent Repair is the leading repair team in hail damage and dent removal. With years of experience in hail damage, small dents, large dents, motorcycle repair, and much more we have prepared ourselves to handle any kind of PDR damage you could conjure up.

A Team Dedicated to Results

Our specialty here at Sioux Falls Dent Repair is fixing extensive hail damage. If your car was caught in one of the recent hail storms then our experienced team and advanced technology can return your car to its factory fresh condition 100% satisfaction guaranteed! Restore your car to its pre-damaged condition today with our Sioux Falls hail damage repair team!

Our hail damage repair process begins with a damage assessment. For your free estimate call 605-595-4061 today! 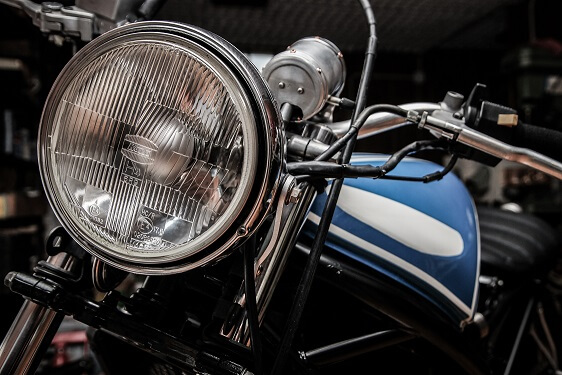 How Can Sioux Falls Motorcycle Dent Repair Benefit You?

There is no shortage of paintless dent repair technicians to choose from. PDR is a rapidly growing market with new companies appearing every day. However, motorcycle PDR experts can be quite a bit more difficult to come by. Our Sioux Falls Motorcycle Dent Repair specialists are trained in unique techniques so they can handle anything from a small fender bender to tank damage. Call us today at 605-595-4061 to schedule your free estimate with the best Sioux Falls motorcycle dent repair company! END_OF_DOCUMENT_TOKEN_TO_BE_REPLACED Can You Handle The Dent Yourself? – Sioux Falls Dent Repair

Dents are sudden and unpredictable. From the inconvenience of a stray shopping cart to the devastation of a hail storm, they always put us in the worst situations. What’s worse is one dent can do a considerable amount of damage to the resale value of your car. Maintaining this resale value is very important, but it can also be costly. Far too often we see dent repair jobs gone bad because inexperienced owners try cutting corners to find a cheaper alternative. Today, we’re here to tell you that you don’t need cheaper results for less expensive repairs. Sioux Falls Dent Repair specializes in dealing with the shifting weather conditions of South Dakota.  END_OF_DOCUMENT_TOKEN_TO_BE_REPLACED